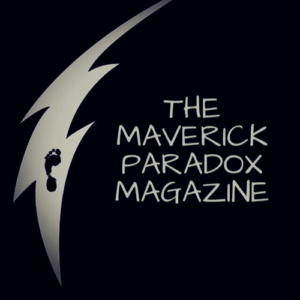 We are all people act accordingly

We are all people act accordingly. I firmly believe that Leadership is knowing ourselves and those we are responsible for as people and therefore behaving accordingly.

Throughout my career in law enforcement, the default state of management was Command and Control. Invariably, it seemed, those that ‘commanded ‘had little or no interest in those ‘little people ‘who were there do as they were told, button their lips, and obey their orders and instructions, rather than ask the question ‘why?’

This is an interesting and unacceptable situation for several reasons.

No law, including the Homicide Act, 2009 ever states a constable (a generic term in law for all officers) MUST arrest a person suspected of committing a crime. Legislation states ‘a constable MAY arrest a person in specified circumstances.

Thus, officers have a great deal of discretion as to how they perform their duties.

Motivation in the context of a Command-and-Control culture, is of little relevance to managers. They often resort to a reliance upon simplistic quantity-based targets to ‘evidence’ their performance.

My approach to Leadership was rather different. It was founded upon my first day as an acting sergeant.

A friend and colleague, who was due to be on that same shift, that day, was murdered off duty, that morning, trying to prevent an armed robbery. The leadership team of the shift, including myself were called in early. We were briefed as to the awful events and prepared to face our team of officers. It was highly emotional.

Officers were openly crying and were traumatised.

Our responsibility as leaders was to recognise their devastation, and to begin the process of re-establishing a group of horrified individuals into a coherent, high performing team.

The main takeaway for me was that we are all people, no matter what rank or position.

Officers deserve and require authenticity from their leaders.

I never forgot that lesson.

Several years later, as a newly promoted Inspector, I was part of a cohort who were fortunate enough to receive professional leadership development in the form of an externally accredited Executive Diploma. One module made a lasting impression on me.

It was called ‘Coaching as a Leadership style’.

In essence, the typical Command and Control mindset did not apply:

‘This is what we do here’,’ Do this because I am a higher rank than you.’ ‘I’m ordering you to …’ and similar phrases  were not applicable.

I learnt the critical importance of understanding as people, those I had responsibility for. In effect, the people in my teams or departments, were leased to me, I did not ‘own’ them.’

Phase one, on my inheriting new responsibilities, was to ascertain the wilfully toxic performers. They had a simple choice, change, or lawfully go elsewhere.

Performance Management focuses on poor performers, often to the detriment of the remainder of the team. I ensured that people in need of support and development received exactly that.

I call my approach Performance Leadership. I had the time to understand the full panoply of talents of those I was responsible for. This meant that the competent and the good, were developed into good and outstanding, including being developed out of the team or department.

My leadership responsibilities required the team and I to know each other as people, so that we created a positive, inclusive culture.

By knowing each other to this extent, including background, interests, birthdays, and professional and personal aspirations, we developed a supportive, cooperative, high performing culture.

The trust that was created, became the cement that bound the team together.

I should add that a plethora of ‘targets’ were exceeded. Not because of an obsessive fixation on them on my part, but by the high-quality outcomes delivered by the team, ensured we performed at our best, in a fair and realistic manner.

Most importantly, we developed as people, as well as in a professional sense. We are all people, act accordingly.

The lessons that I learnt

My recognition of the importance of self-awareness was enhanced when I was a sergeant first seeking promotion. In essence I was oblivious and heedless of the impact of my words and behaviours on others. I knew I was a good performer and felt that was sufficient for a promotion board.

How wrong I was! We are all people, I needed to act accordingly!

Fortunately, a senior officer took the time to explain the significance of inclusivity and engaging others to share your vision. He suggested that I ask for direct feedback from several more senior officers, who I suspected didn’t react positively to me.

I was expecting the worst.

All the people I’d asked for feedback gave freely of their time to describe how my behaviours discomforted them and prevented their supporting my application.

I actively listened to the feedback and understood how emotional intelligence was the key to effective team-working and leadership. From that day forward, I was increasingly self-aware of the impact of my words and behaviours on others.

I actively promoted 360-degree feedback as a learning tool.

Leadership is not delivered in a moral or ethical vacuum. Leadership is a responsibility to be enjoyed not endured.

Anthony Munday
Anthony Munday was educated at Alleyne’s Grammar School, Old Stevenage, and the University of Sheffield. He ‘served and protected’ for 34 years with Hertfordshire Constabulary as a police officer. Anthony was regarded as a ‘maverick ‘senior leader. He learnt and developed coaching as a leadership style. This was in contradistinction to the prevailing culture of command and control. Anthony is an independent leadership consultant. He has recently published a book which distils his leadership expertise. It’s called ‘The ESSENTIAL Heart of a Leader’. Anthony is also an independent ACAS accredited mediator. His expertise is to bring tranquillity out of trauma, amongst conflicted senior teams. Anthony is accredited in Structured Debriefing. In essence gathering the relevant people together to ensure lessons are learnt by organisations, and change ensues. In 2006, he conducted the structured debrief on behalf of the National Policing Improvement Agency (NPIA) into the significant protest involving climate camp activists. The subsequent NPIA Report formed the basis of ‘Adapting to Protest’ Manual of Guidance, this utilised the lessons learnt from the debrief. It is still relevant today.

Creativity will help you change the world

Why is unity so difficult in the workplace?

The Maverick Paradox Magazine looks at Maverick Leadership in all its guises. We believe that Maverick Leaders live a curious life and are, therefore, interested in a variety of subjects. We aim to satisfy this curiosity.

Our goal is to provoke Maverick Leadership everywhere.

Click below to discover more about The Maverick Paradox, or to hire us.

We are pleased that you like the material on this page. You cannot, however, copy the content of this page, without attributing the content to The Maverick Paradox Magazine and Judith Germain - Judith Germain who holds the copyright (All rights reserved). You cannot use the information on this website for your commercial purposes. Please refer to The Intellectual Property Rights and the Disclaimer Pages for further information.
MORE STORIES